A to-be-read book, ‘Darjeeling,’ turns out to be so worth it 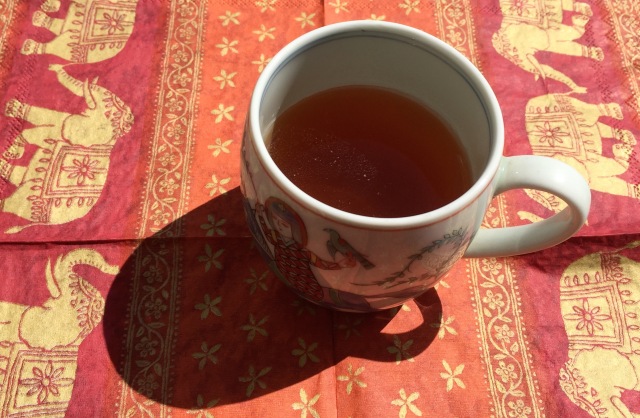 An afternoon cup of tea

Too often books languish in a pile named, “I’ll get to it soon.”

That’s what happened to Jeff Koehler’s “Darjeeling: The Colorful History and Precarious Fate of the World’s Greatest Tea” which has been gathering dust for roughly three years. Yet every time I thought of giving it away, I’d flip it open and fall in love with the writing all over again.

Jeff Koehler, noted food author whose writing has appeared in Food and Wine, the Washington Post, NationalGeographic.com and many others, has written a love song, to the delicately flavored India tea, Darjeeling.

It’s more than a song, it’s an opera. Spending at least a year, and a growing season in Darjeeling, India, Koehler tells the story of how the tea leaves are grown, shipped, and end up in your morning brew. That’s only a fragment of the book though. The rest is a world history of tea, how it came to India,  the influence of the British on colonial India (think Rudyard Kipling’s Plain Tales from the Hills or Paul Scott’s The Raj Quartet); and how things changed – or didn’t – in the tea industry when India’s independence came.

No one can tell a great story like a great writer. In just few words, Koehler can evoke the experience of a taste of an expensive hand-rolled tea, the 2013 Green (tea) Pearls. “He smiled and plucked a couple of rolled pearls the size of earrings from a jar. Once steeped, the liquor shines a pale gold, a shade closer to champagne than hay. In the mouth, it’s plummy in a fulsome and rounded way…”

He goes into the modern marketplace behind the small tea bags that you find in the local grocery or tea shop. By the end of the chapters on picking, rolling and tasting, you might want to know exactly when your tea was picked so you know you are getting the best of that season’s leaves.

Koehler also goes into the problems facing the modern Indian tea industry such as manpower demands, and the vagaries of Mother Nature in regards to rainfall and soil content. The  extensive bibliography at the end can be a jumping off place for more reading.

Being a food writer, he includes some recipes at the end such as how to brew the perfect cup of Darjeeling, Masala and Tibetan Tea with Salt and Butter. If you’re in a Victorian or “British Raj” mood, you might try Timeless Cucumber Sandwiches or Chicken-and-Fresh-Mint Hamper Sandwiches. Or, maybe local favorites such as Momos, Thunkpa or onion Pakoras.

Koehler’s latest book published in 2017, “Where the Wild Coffee Grows: The Untold Story of Coffee from the Cloud Forests of Ethiopia to Your Cup,” which looks to do the same thorough research for the other morning staple for millions.

Tea has a history that spans millennia. Koehler’s “Darjeeling” is a good place to start reading about its past.

I recommend having a full steaming teapot and cup at your elbow, along with some scones with clotted cream, or some tea-marbled deviled eggs, as you begin your journey.

This entry was posted in 2018, History and tagged Darjeeling, India, marketing, tea. Bookmark the permalink.